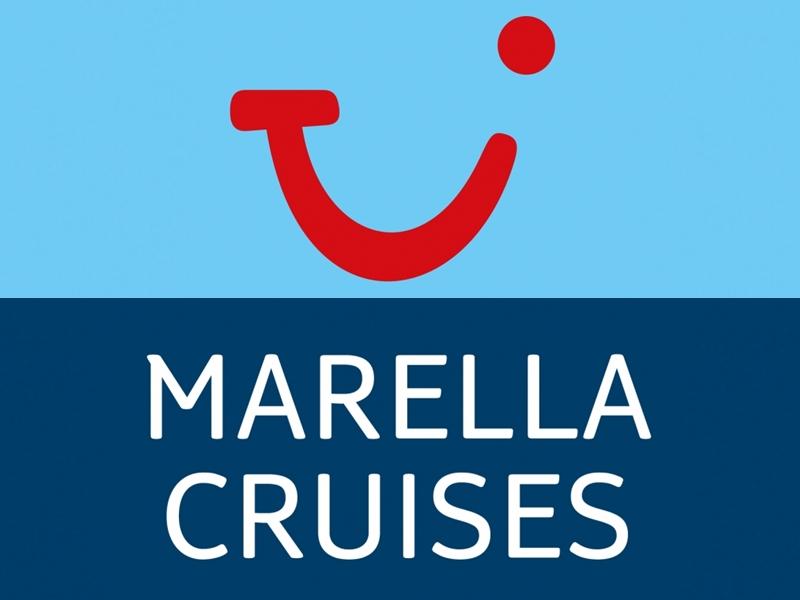 A hypnotic calypso isle, Barbados is the ultimate Caribbean dream. And at just 21 miles by 14 miles, the island really is your oyster. Of course, it’s most famous for its palm-fringed beaches, but there’s more than talcum powder sands here. We’re talking a duty-free shopping scene and sights that are second to none. In a coconut shell, it’s the small island with a big fan base.

Two flags rule over this tiny isle – the French and the Dutch. Philipsburg is the Dutch capital and the place to head for a serious shopping splurge. Marigot, meanwhile, is the French capital, where you can divide your time between bistros and boutiques. Add to the mix dreamy Caribbean coves, kaleidoscopic reefs and lashings of sunshine and you’ve got all the ingredients for tropical bliss.

One of the British Leeward Islands, St Kitts is one of the Caribbean’s pearls. Once an illustrious sugar colony, it now focuses its efforts on being a tropical paradise. And it excels in every sense, with its seductive blend of blonde sands and duck-egg blue seas. Away from the shores though, you’ll find plenty of historic sights to tick off your checklist.

Known as the island of waterfalls, Dominica is as green as it is unspoilt. Fairly off the tourist trail, this exotic isle is a paradise for nature lovers. In fact, it’s one of the Caribbean hotspots for rainforest trekking. And of course, it’s got some superb beaches. Not the snow-white variety you’d expect, but dramatic volcanic sweeps and secluded coves hidden by greenery. Have your camera at the ready.

St Lucia’s skyline is high rise. But it’s not the hotels that make this island look serrated against the sky, it’s the mountains. The Pitons are 2 of the biggest. Both their summits tower at least 2,000 feet above sea level and their slopes are coiffured with a mane of dense green rainforest. At their feet, meanwhile, banana plantations give way to syrup-coloured beaches and some of the best coral reefs in the Caribbean.

Flick through your French dictionary while sipping a Caribbean rum punch – Guadeloupe is where French and African influences fuse. This gorgeous spot is actually a bouquet of islands. There’s a scattering of little ones but the two main players are Basse-Terre and Grande-Terre. Together, they’re shaped like a butterfly resting quietly on the sun-blushed Caribbean. As famous for its sugar and rum as it is top dive sites and sparkling sands, this place will sweep you off your feet.

Faial’s nickname – the Blue Island – sounds straightforward enough. But when you get there it’s hard to pinpoint exactly what the blue refers to. It could nod to the sapphire of the Atlantic Ocean that surrounds the island, the hydrangeas that cover it in summer, or the water marshes that pool in the caldera. In the port of Horta, blue is just one of many colours on show. The marina here is multi-coloured thanks to the collage of paintings created by visitors who have illustrated their boat and crew names on the walls and walkways over the years.

Sao Miguel does a good impression of Eden. The largest of Portugal’s Azores is contoured with rolling hills, expansive lakes and beaches that have resisted tourism. That’s not to say there aren’t any signs of life on the island, though. The capital, Ponta Delgada, is a bubbly city of museums, 17th-century architecture and seaside restaurants.

Portugal’s electric capital stands shoulder to shoulder with the likes of Madrid and Barcelona. You’ll find clusters of cocktail lounges in the Bairro Alto neighbourhood. In Chiado, meanwhile, lies the world’s oldest book store. The old town showcases a cosmopolitan café culture, with locals gathering in sun-dappled plazas to gossip over an espresso or ‘bica’.

From its impressive harbour to its streets packed with Moorish relics, Cadiz is a great introduction to Spain. One minute you can be admiring medieval walls, the next browsing the racks of designer boutiques. It’s one of those cities where a new surprise awaits at every turn.

Marella Discovery is the sister ship to Marella Discovery 2, so you can expect nearly all of the same facilities, such as a fantastic dining scene and a show lounge to rival the West End. Top highlights include seven bars and seven restaurants, plus an outdoor cinema and a five-storey atrium. Families are well catered for on this ship. Family Suites and Family Junior Suites are kitted out with a chalkboard and a PlayStation 4, plus there’s a rock climbing wall, a minigolf course and two pools onboard, one of which is indoors.

Kora LaOur signature pan-Asian speciality restaurant makes an appearance onboard Marella Discovery. You’ll find dishes created by renowned chef Ian Pengelley such as his duck and watermelon salad. The menu covers off south and east Asia, featuring dishes like Indian spiced king prawns, and Indonesian beef rendang curry. This is one of the ship’s speciality restaurants, so there’s a charge to dine here – plus, we recommend you make a reservation in advance.

47°Marella Discovery’s main eatery is a big, stylish venue, finished in the colours of the sand and the sea. Daytime meals here come with a side-order of sea views, thanks to floor-to-ceiling windows, and a grand double staircase leads up to a separate eatery.

Plush seating and an 800-plus capacity give the ship’s main entertainment venue professional credentials. We have 11 unique shows, including Beatz Interactive, a hi-tech dance piece featuring LED-lit costumes.

Movies by MoonlightIn a Marella Cruises first, we’re premiering an open air cinema. It means you can watch classic movies and the latest box office hits under the stars. Blankets, popcorn, and hot chocolate will be available from the nearby bar.

AtriumThe heart of the ship is taken over by a spectacular five-storey atrium. Think panoramic windows, mood lighting, and Willy Wonka-esque glass lifts. Low-key entertainment is held here, with an agenda that includes cabaret performances and cocktails with the captain. 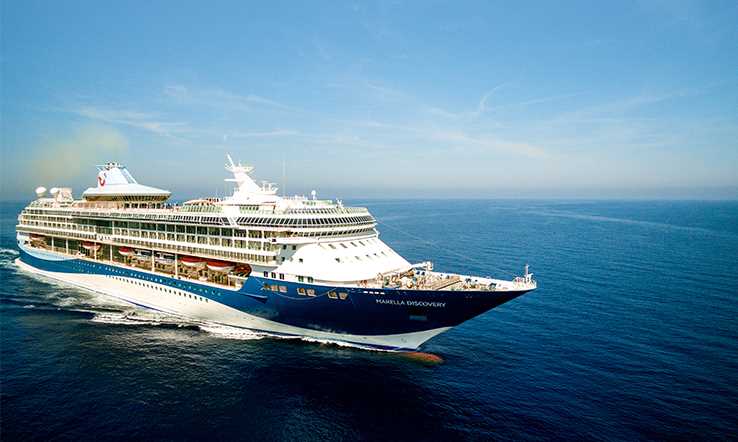 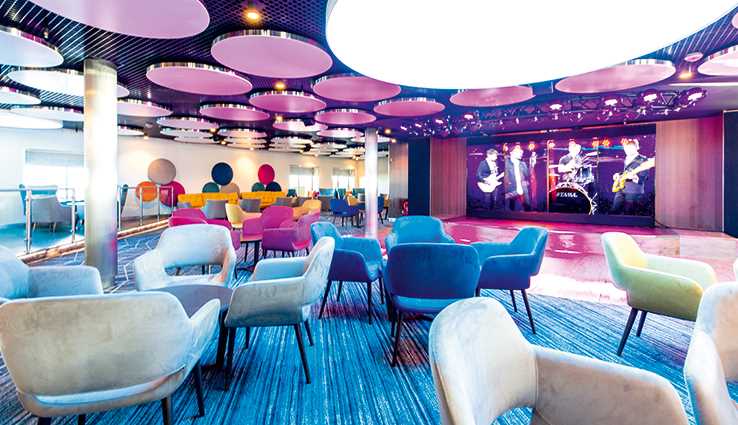 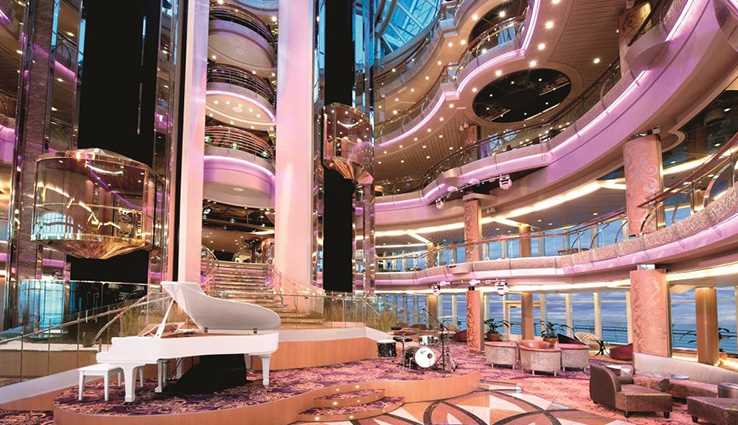 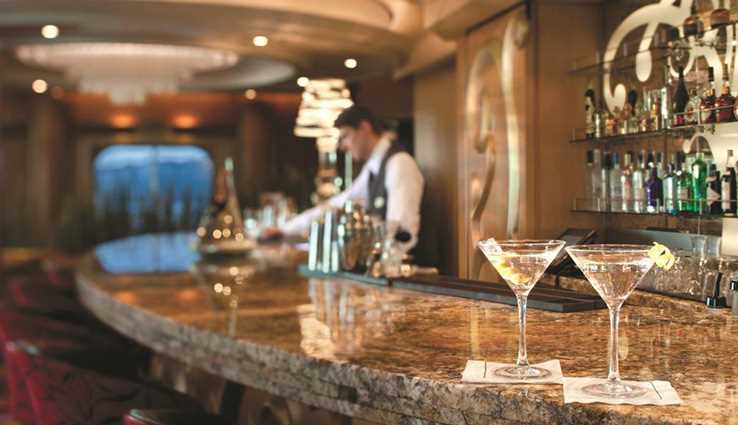 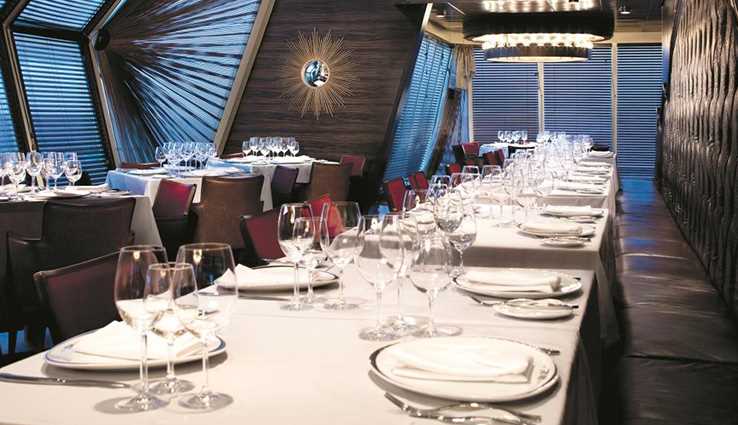 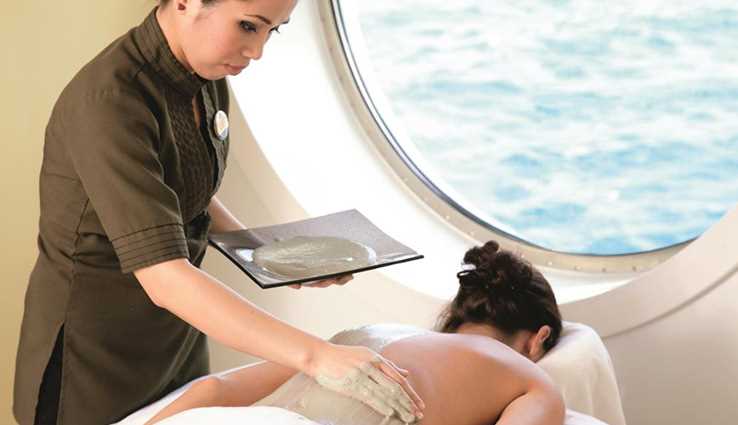 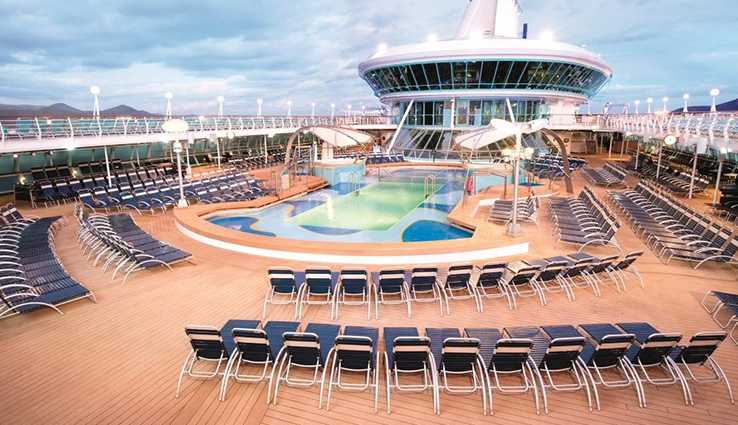 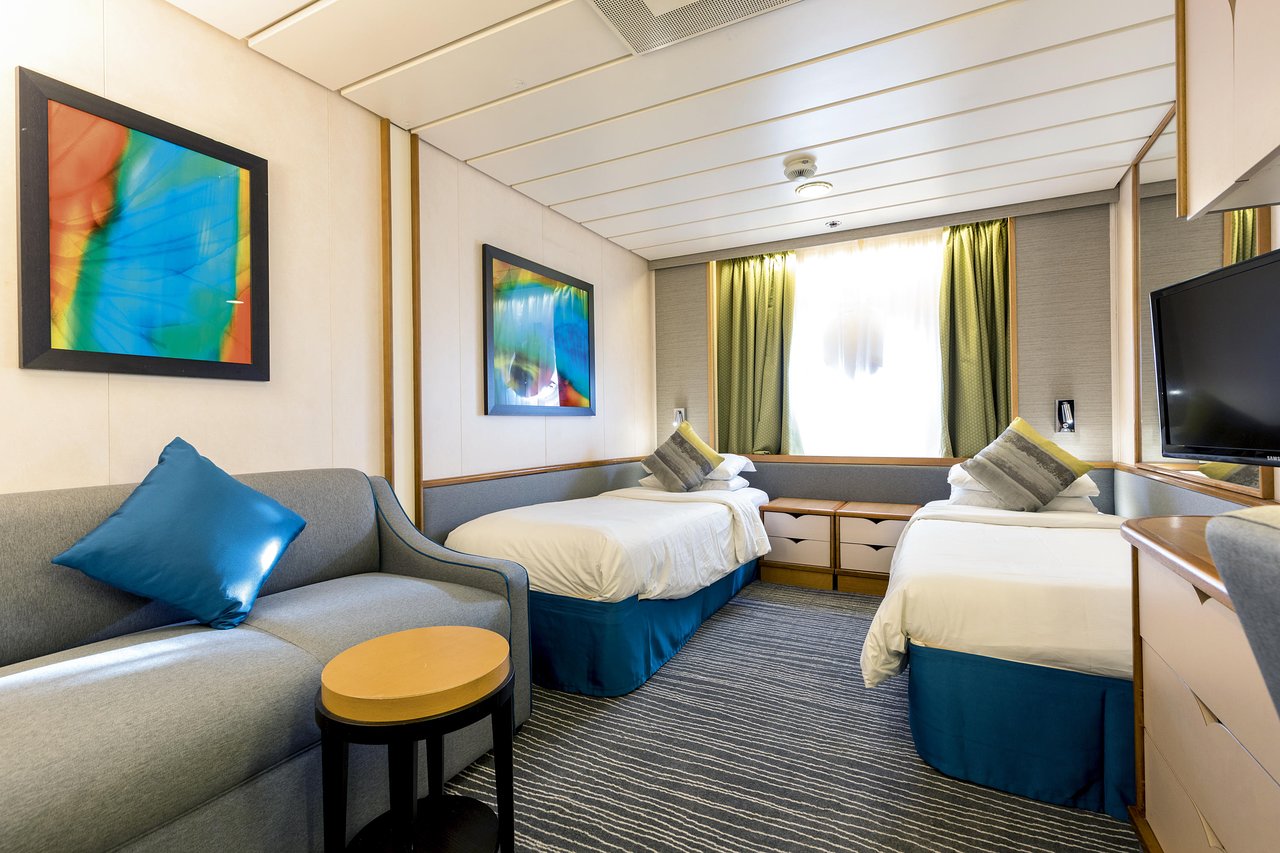 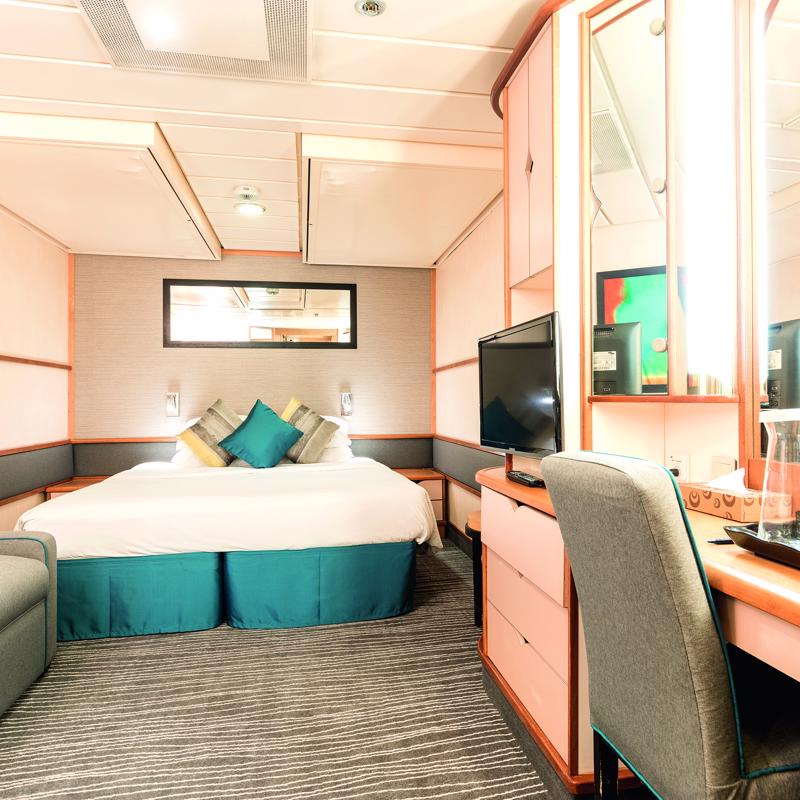 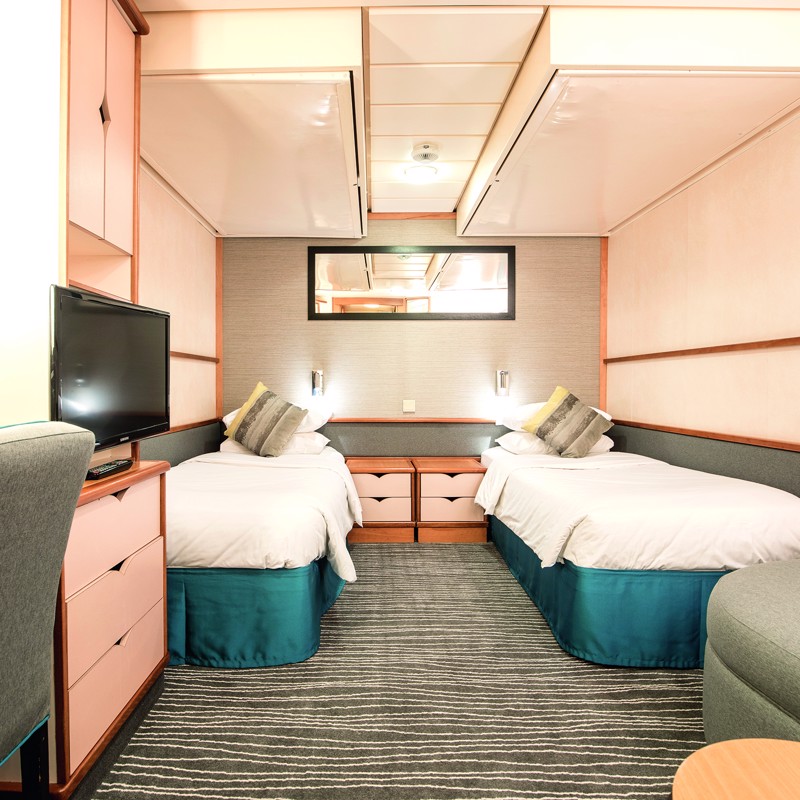 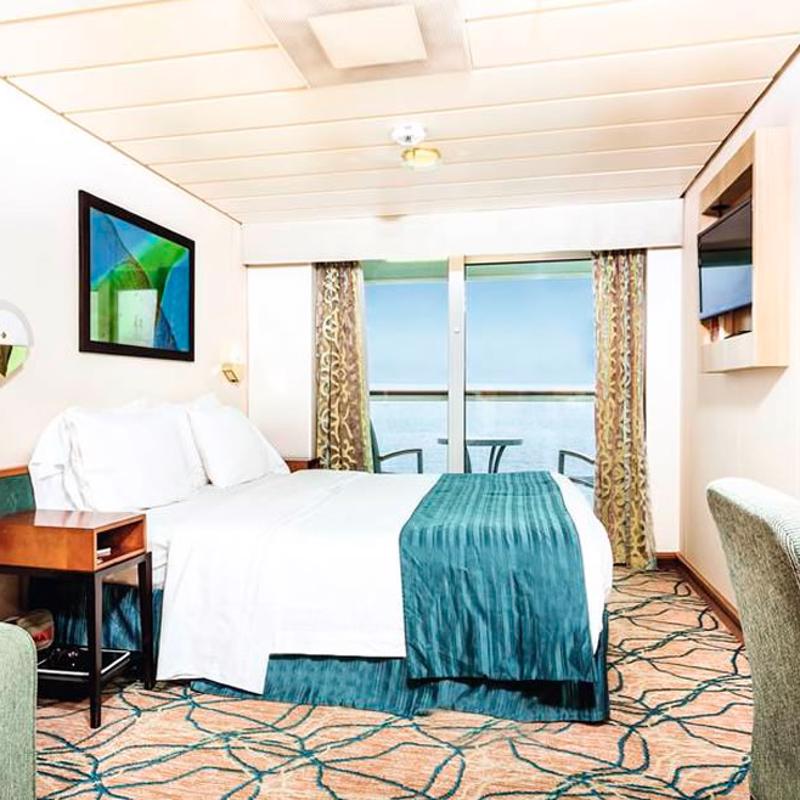 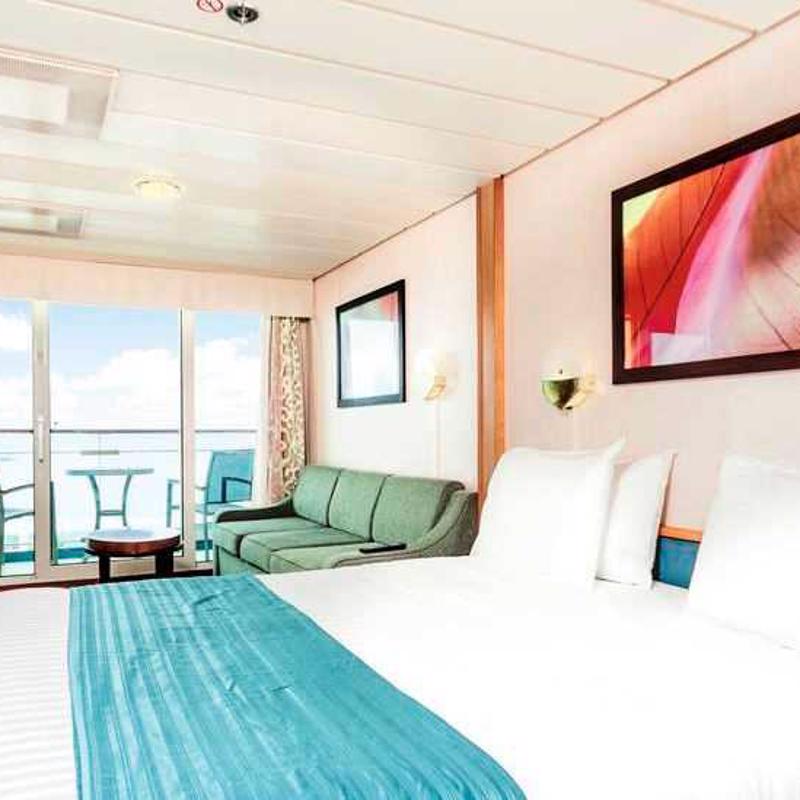 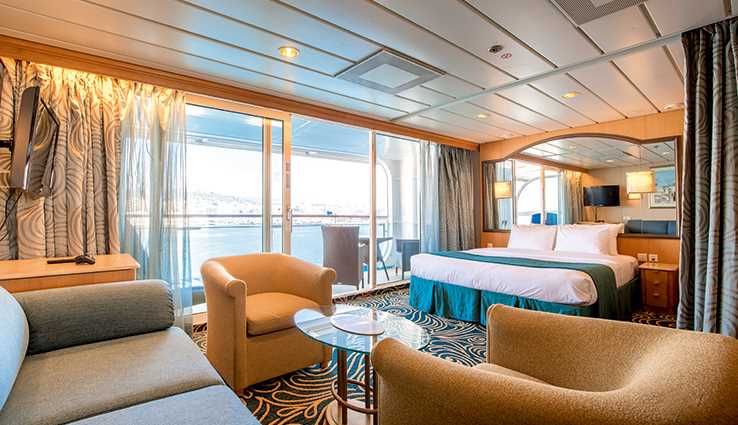 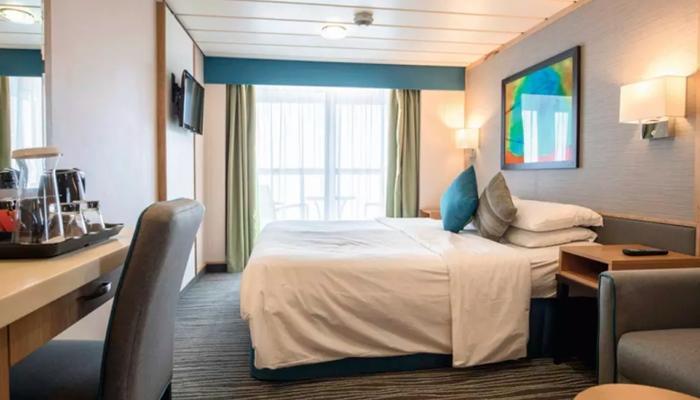